Former Russian spy: Donald Trump has been a Russian asset for 40 years 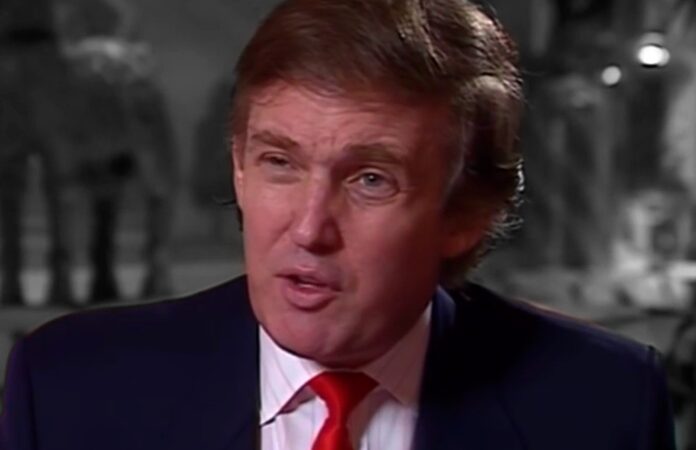 In a phone call with The Guardian, former KGB spy Yuri Shvets claims that Donald Trump began operating as a Russian asset over 40 years ago.

The interview with Shvets is promotion for a new book by Craig Unger, American Kompromat. Shvets is one of Unger’s sources in the book. Trump File has obtained a copy and will add pertinent information to the site in coming weeks.

In the meantime, here’s what we know from The Guardian:

According to Shvets, Trump first appeared on the Russians’ radar in 1977 when he married his first wife, Ivana. We already knew that Czechoslovakia’s intelligence agency was spying on Trump at that time. Shvets reveals that the Czech operation was coordinated with the KGB.

In 1980, Trump bought 200 television sets for the Grand Hyatt New York hotel. The store he bought them from, Joy-Lud electronics on Fifth Avenue, was controlled by the KGB. The store co-owner, Semyon Kislin, allegedly worked as a “spotter agent” and identified Trump as a possible asset.

When Donald and Ivana visited Moscow and St. Petersburg in 1987, Trump was “fed KGB talking points and flattered by KGB operatives who floated the idea that he should go into politics.” That’s when he was hooked.

As soon as Trump returned to the U.S., he started planning his first presidential campaign with the help of Roger Stone, who was also working with Paul Manafort. (It’s worth noting that one of Trump’s first campaign messages in 1987 was that he wanted to align the U.S. with Russia to “dominate” less powerful countries.)

In September, Trump took out an ad attacking NATO and accusing our allies in Japan of exploiting us. The Kremlin saw the ad as Trump’s first successful “active measure” as one of their assets.

In 1988, after Trump’s campaign was over, Czech intelligence reported that he is being prepped for another campaign in the future, likely 1996.

This could be a coincidence, but Trump was first seen with Robert and Ghislaine Maxwell only a year later. Maxwell was also believed to be a KGB asset in addition to working for Israel’s Mossad.

According to Unger, there was no detailed plan to make Trump president. A lot of people were targeted for recruitment as KGB assets in the ’80s. Trump was just the “perfect target.”

In the 1980s, Russia’s KGB stationed Shvets in Washington, disguised as a correspondent for Russian news agency Tass. In 1993, he moved to the U.S. permanently and became a citizen.

One of his KGB partners was Alexander Litvinenko who was assassinated after he started digging in to other Russian operations and connections between Vladimir Putin and Semion Mogilevich.

Shvets agreed to help with Unger’s investigations because he was disappointed by the Mueller report.

Parler begins negotiations with Trump for a post-presidency business deal

Russian official sends invitation to Ivanka Trump for her father

Donald Trump wants to release Russia intel, and Russia might, too

Trump wants to eliminate birthright citizenship before the election