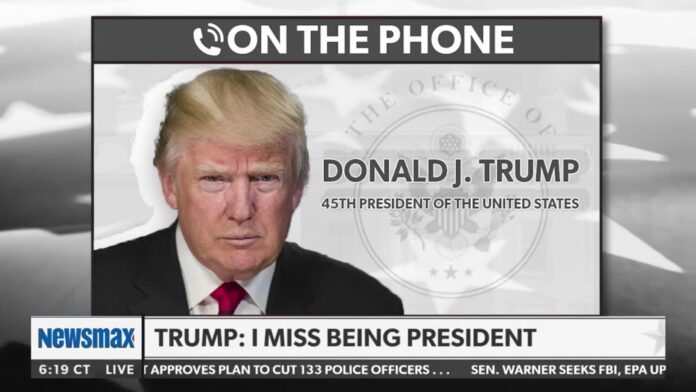 Donald Trump calls in to Newsmax, One America News, and Fox News — twice — to talk about Rush Limbaugh and himself. Limbaugh passed away earlier in the day.

Trump tells Fox that Limbaugh knew that he was receiving the Presidential Medal of Freedom in advance of the 2020 State of the Union. Limbaugh pretended to be surprised and moved to tears during the event.

Kelly also leads Trump into talking about the conspiracy that Joe Biden is working with or for China, which Trump, of course, says is true.

Trump adds that he’s considering building his own social network, which is probably his way of scaring Parler into giving him the 51% ownership that he wants in exchange for using the Mercer-Russia platform.

On One America News, Trump says Republicans “kept the Senate” after the election. That’s not true, but the OAN reporter doesn’t correct him.

We could not find any video from OAN.

Trump Statement: Mitch McConnell will be the end of the Republican party