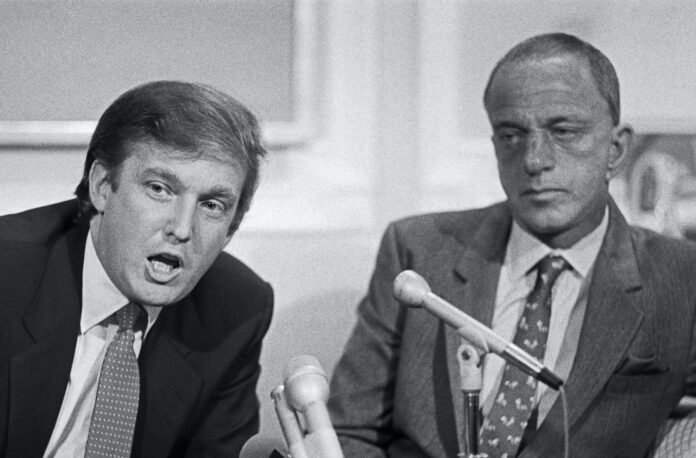 On December 12, Donald Trump takes Roy Cohn’s advice, and the Trump Management Corporation sues the Federal Government for $100 million in damages as retaliation for the discrimination lawsuit.

When speaking to the press about the lawsuit, Trump accuses the Dept. of Justice of attempting to force him to rent to welfare recipients

The DOJ’s lawsuit focused on the Trump family refusing to rent to black families at 39 of their properties.

Over the past three months, Cohn has been teaching Donald his tricks for avoiding public scrutiny and getting out of a legal mess. The trick used here is to change the narrative by creating a fake issue aimed at your accuser. By doing so, you can change which issue the public is debating.

There are many examples of Donald Trump using this tactic over the years, but the most recent example at the time of our reporting (July 2020) is Defund The Police. The accusation is that there are major, sometimes fatal flaws in the country’s policing system that should be addressed, and one of those flaws is communities funding military equipment for police but not funding school supplies for public education; that’s just one example. The fake issue that Trump created in return is that Democrats want to abolish the police entirely.

Donald Trump: Ivana is preparing me to run for president